Hydra's Challenge (previously called SQUID Surfer) is a water based ride where you climb on a wave surfer (like a jet ski) in twos - one in front and one behind. The ride then moves you out in the the water and you are spun round in a roundabout-like way. 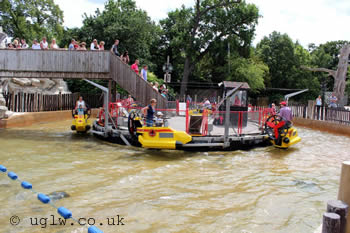 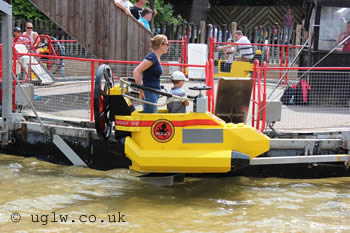 There are 2 roundabouts each having around 8 wave surfers. There is some element of control in that you can "steer" the wave surfer, moving further out or coming closer in to the centre of the roundabout. An added twist is that spectators round the edge can trigger "water bombs" that explode and get riders even wetter than they are already.

Watch a video of the Hydra's Challenge ride, with the previous theming:

An interesting experience for riders and a popular ride.